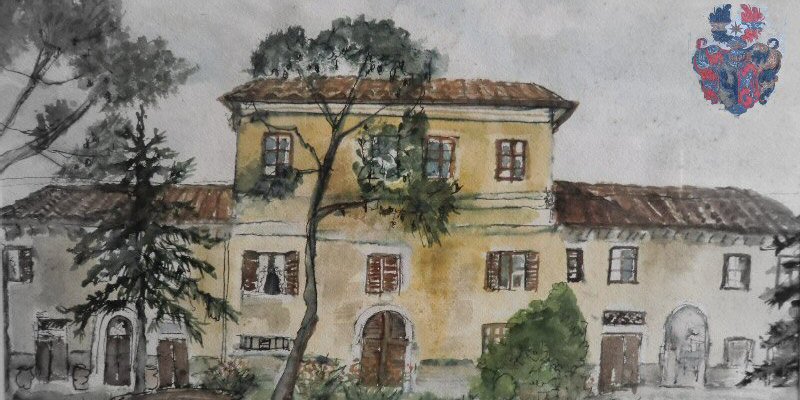 A LITTLE BIT OF HISTORY

The ancient farmhouse of the late eighteenth century purchased in 1770 by our ancestors has been handed down for many generations by our family until today. Over time it has been renovated and used as a farm. In the mid-eighteenth century the structure was divided between the owners and the families that worked as farmers. On the ground floor there were the stables for the cattle and the cellar where fermentation and wine production took place. The first floor of the farm was divided as a dormitory between the workers, the environment was characterized by the classic and beautiful vaulted walls that we have maintained until today.

The land surrounding the farmhouse was mainly used for the cultivation of wheat and maize, but also for all other products for sustenance, and according to tradition, wine was also produced. As we can see from the images of the late nineteenth century in the vicinity there were other families and activities such as: the cooper, the blacksmith, the carpenter and the hunter (the estate at that time also had the role of hunting reserve). The images allow us to discover, know and observe how the work of threshing took place, which took place mechanically but we note that to pull the plow the oxen were still used. The structure remained so until 1970 when the territory was reorganized in a functional way to modern crops. In the following years “Fattoria Fiocina” has been converted into a farmhouse and since 2014 it has been managed personally by the owners. 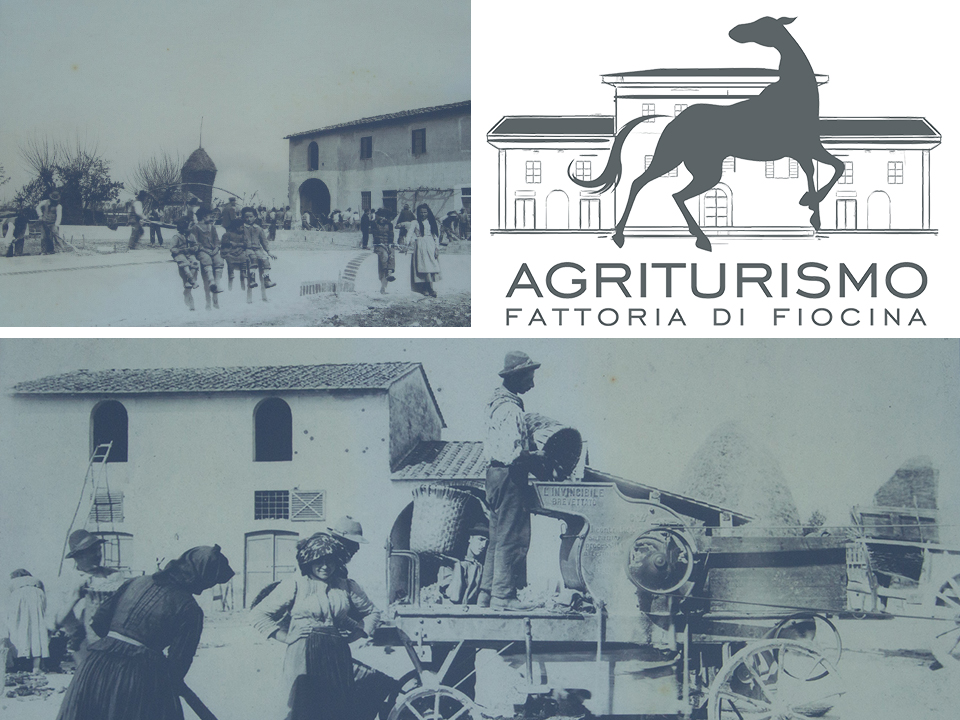 The farm is divided into different spaces with different features, on the ground floor we have the restaurant that offers typical local dishes, every day lunch and dinner, while in other areas we have 6 bright rooms, suitable for all types of users furnished in style rustic Tuscan and equipped with every comfort (air conditioning, wi-fi, TV). For those who will stay with the family we have reserved a small apartment with kitchen for a unique experience. At the entrance of our structure you will find a large garden where you can relax, read a book and let the children play and a beautiful private parking where you can leave your car safely. In the summer our outdoor pool will make you refresh and have fun with your children.

Scroll to top
We use cookies to make sure you can have the best experience on our site. With the exception of Google Analytics, profiling cookies are not used. If you continue to use this site we will assume that you are happy with it.OkNoPrivacy policy